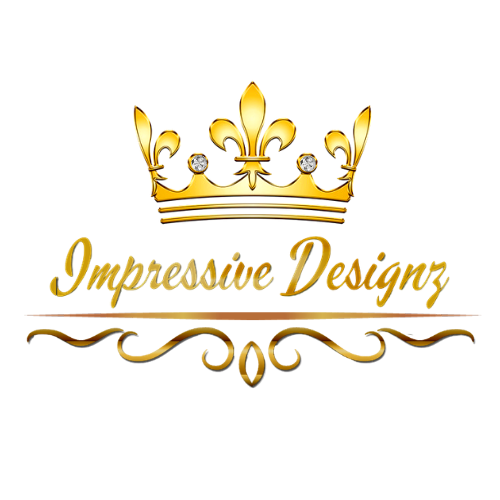 Welcome to my blog…

First, let me start by saying HAPPY NEW YEAR!  I am so grateful and I thank God for allowing me and my family as well as you and yours to see another year. My name is Larrica Penn, Fashion Designer/Stylist. I am so happy to announce the launch of my website this day of Jan 1, 2021. Thank you all so very much for visiting my website, I am so ecstatic that you have taken interest to see what Impressive Designz has to share and offer.

I would like to start my business off this year with paying tribute to African American pioneers of the early 1900’s who overcame oppression and  came together to form the most successful business district as we all know today of Black Wall Street.

As you’re aware this year is the 100th Anniversary of Black Wall Street (BWS). Beginning today Jan 1, 2021 – Mar 1, 2021 I will be posting information weekly pertaining to the history of BWS. So please come back to visit as we look back on the accomplishments of BWS. On my site you can now purchase jewelry and masks. Commemorative T-shirts (posting soon).  Again , Thank you and blessings to all.

Under the leadership of two African American entrepreneurs African American pioneers pooled their resources together ,worked together and supported one another and over time developed the Greenwood district which after it’s popularity and success became known as black wall street.

Many that know about or know of black wall street know about it from it’s tragic ending, but few know about the drive, determination and belief system that the African American pioneers adopted and lived by, coming together to create a legacy that has never come close to being duplicated.

Black history has been celebrated for years and the story and accomplishments of these early African American pioneers has not gotten it’s due attention, respect and honor that it so deserves so let’s join in to learn ,educate, discuss and pay tribute to those who lead by a remarkable demonstration and tragically died fighting to protect their dream and their vision.

Thank you for joining the blog and this blog was created for the purpose of educating, discussing and commemorating these pioneers. This blog was not created to highlight the tragic ending of this era nor was it created to cause civil or social unrest, so please be mindful and respectful of your comments and opinions. Thank You

Black entrepreneurs J.B. Stratford (left) and O.W. Gurley (right)   reached Tulsa around the same time in 1899. J.B. Stratford believed that blacks had the best chance for success by pooling their resources, working together and supporting one another’s businesses so he began buying large tracts of real estate plotting them into blocks, streets and alleys and sold them only to blacks. O.W. Gurley joined along with him in doing the same with other real estate men (some who were white) purchasing adjoining land in which they also sold only to blacks. Soon after the black business district was born in the intersection of Archer street and Greenwood Ave. One of the first businesses was a grocery store and soon after the district attracted a black real estate developer, a black dentist , black physican and a black baptist minister. The Greenwood Community had over 60 businesses in all which included 21 churches, 21 restaurants, 30 grocery stores , 2 movie theaters , 2 air ports , 6 private air planes, 1 hospital, 1 Bank and a school system.

In Oklahoma’s first year of statehood Oklahoma lead the nation in oil production. Five oil companies worked the fields on the outskirts of Tulsa and at the time had sunk more than a thousand oil wells and produced 20 million barrels of oil in 1907 alone. The gas and oil industry would be Oklahoma’s main draw and main source of capital and although African Americans living in Tulsa did not own any oil companies, oil rigs and were excluded from even working in the oil fields they were still able to indirectly profit from the oil industry as the rich paid maids, chauffers, gardeners and other domestic workers wages previously unheard of at that time. Years later the Greenwood district would also indirectly benefit from the oil industry with the money that flowed through the district from those in the oil business and other  visitors and patrons from locals and those from far away around the country who came to visit. Greenwood had a special mystique about it, there were those who knew about it and those who had heard about it and anxiously anticipated visiting. Greenwood gave African Americans a sense of pride about their community and the district seeing people enjoying a place that they came together to build and seeing its success and it was something all of their own. Greenwood thrived day and night with most of the nightlife entertainment and attractions being provided by dance halls, a movie theater, gambling, brothels, drinking and more… While Greenwood had been for the most part socially and physically segregated it was closely bound economically to whites in Tulsa.

20 thoughts on “Welcome to my Blog”